Though as I understand it, it’s only when personal names are searched for that RTBF kicks in, so something like “€100k wedding cake” might still get a page hit? 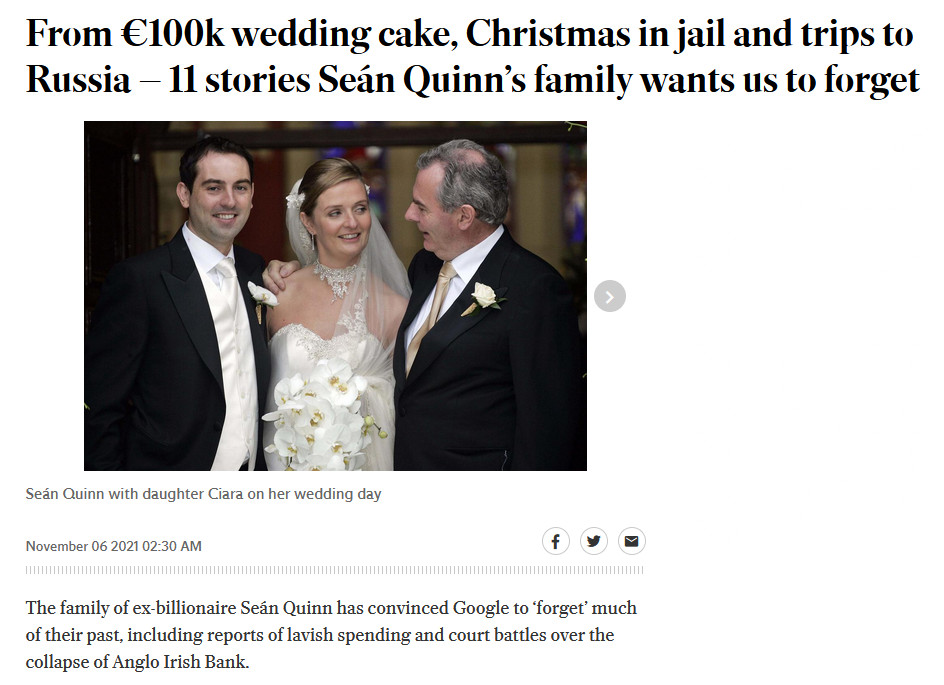 The bigger issue here of course is the wisdom of allowing a private company like Alphabet/Google make these decisions, and not an impartial tribunal.

When you think you’ve finally found a podcast addressing the topic you’re interested in, but instead it’s just three American techbros laughing too loudly at their own jokes during an extended advert for their paywalled video series and book…