I’m sure that lots has been written on online branding and identity, much of it by spoofing “social media consultants”, and some of it even useful. Either way, I was experineting with different twitter avatars last night, and because twitter chose to disable picture uploads, I now find myself stuck with an unfamiliar avatar.

The new Avatar is taken from a crop of my Holy Communion portrait, when I was seven. 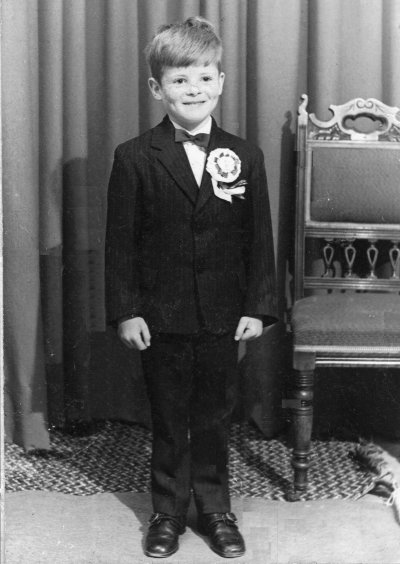 Meanwhile, the avatar I’ve been using for a while on various sites comes from an informal snapshot taken  at my brother’s wedding. 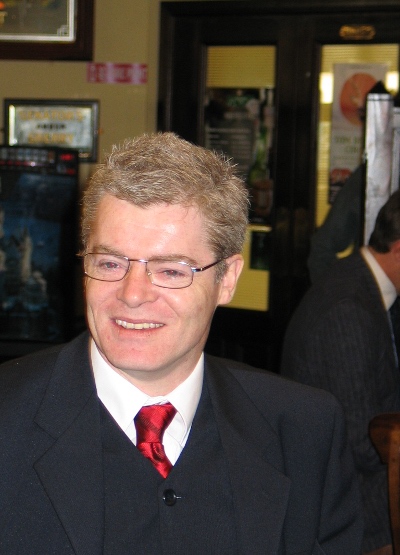 Back when dinosaurs ruled the Earth, I did a degree in marketing, so I still remember learning a few things about branding. Those half remembered lessons from student days led me to spend some time designing a logo when I went freelance. At the time, most of my contacts and clients were in Donegal, and I wanted to promote a Donegal identity, so I created a logo based on a couple of hometown landmarks. 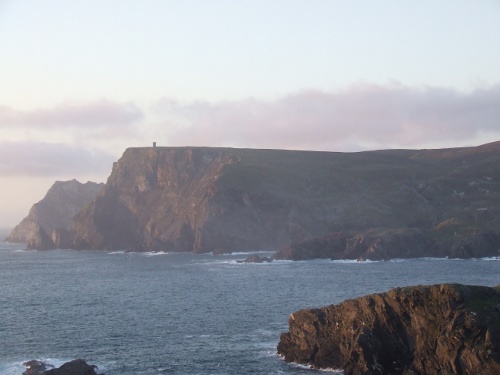 Glen Head dominates the valley of Glencolmcille, and I’ve lost count of the number of times I’ve photographed it over the years. Irish seasons and sea conditions mean it never looks exactly the same twice, and the differences in light always make it a worthwhile target. 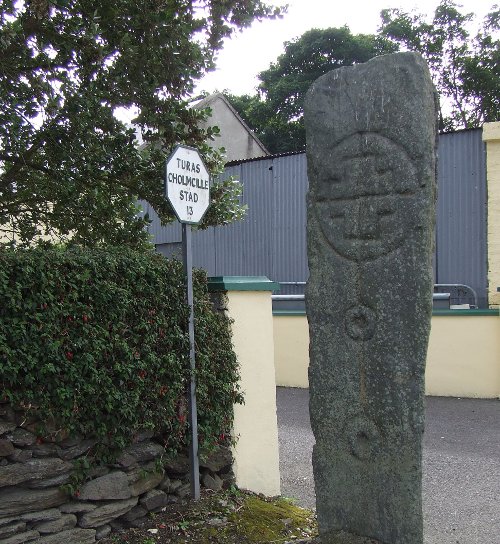 Turas Colmcille consists of several stations dotted around the parish. This one, the closest to my home, is an incised cross slab. it’s near neighbour is frequently photographed, and can be found on the covers of tourist guides, books, and even matchboxes.

I combined these images to create a logo several years ago.  Over time, the image has been refined, as I moved away from the original photographs to something more geometric. Earlier this year, I decided it was time for a change, something that was less “Donegal” and more “Journalist”. Everyone seemed to be using images of old Remington typewriters, so I ruled that out straight away. I considered a venerable printing press for a while, before deciding it was too obscure, and finally settled on a notepad, the reporter’s staple even in an age of electronic tablets. 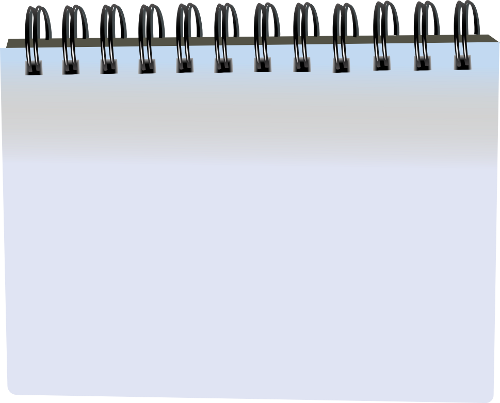 As you can see, the new design adorns the top of this blog (thanks to Alan Moloney for the vector graphic) but to date, I have not updated much else. But as notepaper, business cards and so on are replaced, I hope to move to the new design, and retire the old logo.