I sent in this article to several newspapers last week, but none published it. So I’m publishing it here for the record.

A sample examination test for trainee primary teachers taking religion as a subject includes questions which require the student to agree that ‘atheist humanism produced the worst horrors history has ever witnessed.’

Another question requires students to mark as false the statement: ‘Hinduism is a positive force for change in society’.

The questions are part of an online sample examination in Moral Theology in Hibernia College, a private college accredited by the department of education and science.

The college’s H Dip in Arts in Primary Education is professionally accredited by the Teaching Council of Ireland, the professional body for teaching in Ireland, set up on a statutory basis in 2006.

“The questions as posted on boards.ie are some of the sample exam questions issued by the College,” said programme director Dr Siobhán Cahillane-McGovern.

“The multiple choice exam forms a part of the overall assessment for Religion. A written exam which accounts for 60% of the total marks, allows for further discussion and development on any topics examined.”

“Students are always encouraged and expected to engage with course tutors in the online course forums, live online tutorials and onsite workshops to further explore and discuss the various topics on the programme.”

A student at the college, identified as “number10a”, posted the questions to the boards.ie online discussion forum on Saturday.

The student described the questions as “shocking”

“I am actually in shock,” the student wrote. “How can something that is so subjective and open to opinion be included in an exam in a modern college?

The course notes are a disgraceful libel on atheists based on a misunderstanding of atheism,” said Michael Nugent of Atheist Ireland.

“They should never have been used as the basis of training teachers of children, and they should be immediately removed and apologised for. We are raising the issue with the Department of Education and with various human rights monitoring bodies with regard to freedom of conscience.”

“It is shocking to teach teachers of children that most atheists are not bothered by the atrocities caused by totalitarian dictatorships, and it is factually wrong to blame the atrocities on atheism. Hitler wrote in Mein Kampf that he was doing the Lord’s work in standing guard against the Jews. Mussolini gave the Catholic Church its pretend State in the Vatican in return for the Church supporting his Fascist State.”

A spokesperson said the department of education and science had no comment to make. 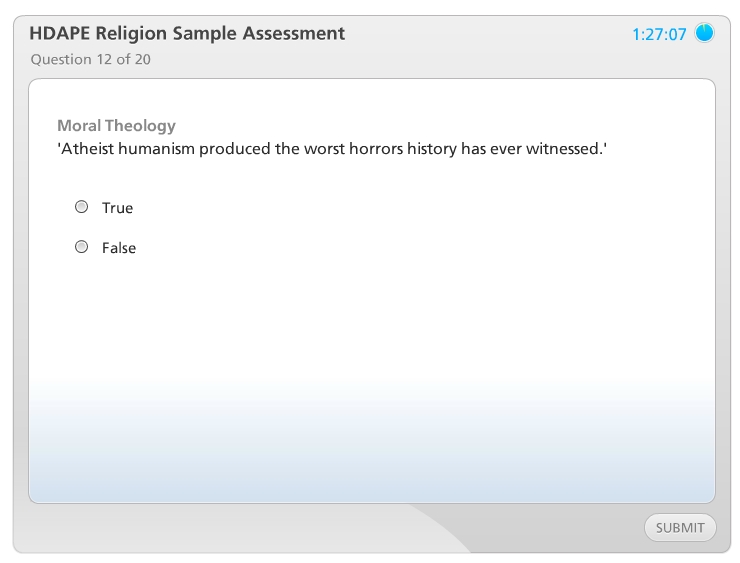 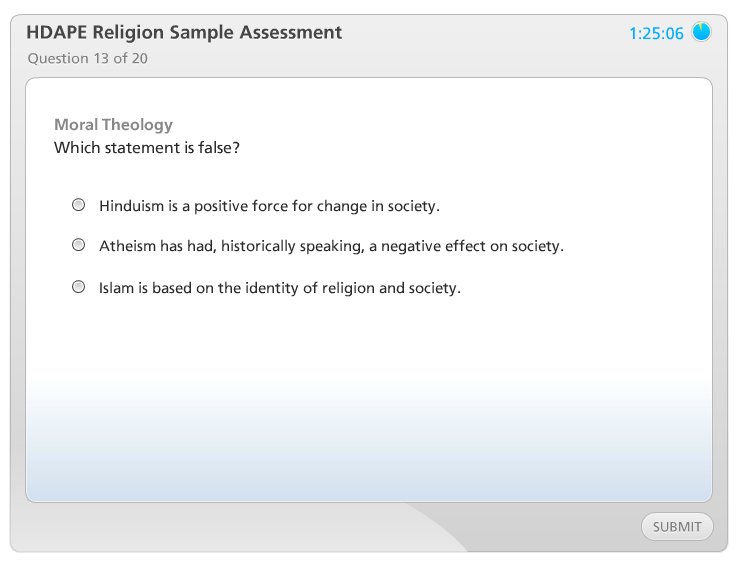