There was a rumour you see.

And as far as the Guards were concerned, it was a believable rumour, despite the complete absence of any forensic evidence.

So the Guards mobilised, and swooped down on innocent families.

Not this week in Tallaght and the Midlands, but 17 years ago, in Donegal.

We got a new Garda Ombudsman Commission as a result, and a Garda Siochána Act, and a Garda Inspectorate, and some stern lectures from the judge about what is and is not evidence.

Then this week, the cops seized children for having the wrong colour hair.

I suppose in a sense we’ve had some progress. The Guards now seem to act on rumours posted on Facebook, not grumblings at wakes and public houses. Two cheers for the digital economy.

I wish I could say I was surprised, but I’m not.

But what angers me most is not what the HSE and Garda officers did, but the reluctance of many crime correspondents to do anything other than report the Garda point of view.

Journalists should not be stenographers. 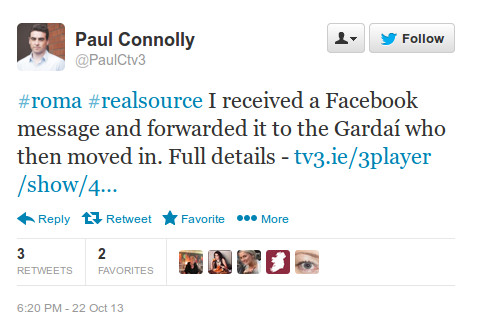