Update: Irish Times communities editor David Cochrane has pointed out that, while the main @IrishTimes twitter account does not engage with followers, many of the staff who have twitter accounts do engage. I’m happy to clarify that point.

Data protection is boring. Obscure activist groups in Austria suing Facebook over their cookie policy, or yet another Guardian powerpoint from Edward Snowden about the NSA, or yet another heavily written European Court judgement.

Then, sometimes, there’s a moment when data protection and privacy issues come to the forefront.
This morning, the Irish Times app on my phone asked for permission to update. I clicked yes, and before updating, the app told me what systems and information it needed access to.

For some reason the Irish Times wants access to Device ID and Call Information, which “allows the app to determine the phone number and device IDs, whether a call is active, and the remote number connected by a call.”

I’m not an expert, but that looks like the Irish Times wants to know my phone number, and every number I call. I uninstalled.

Why would the Irish Times need that information?

I asked that question of the Irish Times twitter account earlier today, but so far I’ve received no answer.

@IrishTimes Why does your app need my call data?

I probably shouldn’t be surprised by that. A quick look at the Irish Times twitter feed shows it broadcasts headlines and story links, but doesn’t engage with its readers or followers. 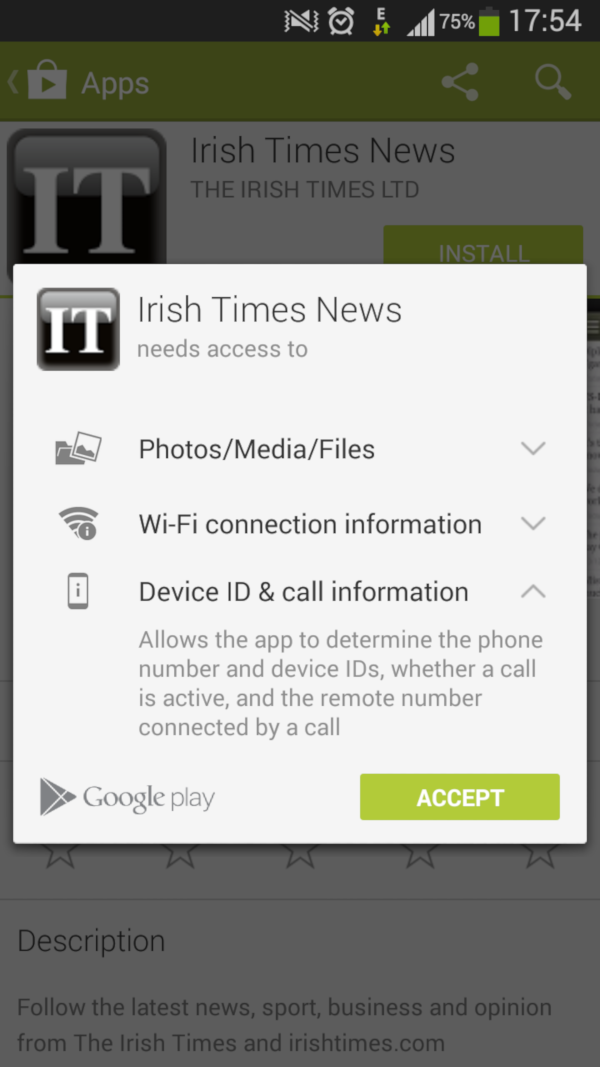