Crowdfunding first came across my radar about six months ago, when I started hearing about Kickstarter, an American project which invited supporters to fund projects with donations.

The idea struck me immediately as an innovative way to get a project off the ground, solving two problems startups often face, a lack of seed capital and the difficulty of measuring the demand for a new idea.

In brief, an idea is pitched at a price, and if that sum is raised during a defined period, then the promised funds go to fund the idea, whether its a book, a music album, anything you can think of really.

Separately, I’ve been working on the idea of a subscription based magazine aimed at the Irish market for some time. News – in the sense of immediate, breaking news – is covered pretty well in Ireland, but there’s a lack of longer journalism – not longform exactly, but longer term, the kind of story that takes more than a few days or, at best, a couple of weeks to cover.

Crowdfunding seemed like an ideal solution to the biggest hurdle to making that idea a reality, raising the initial seed capital for a magazine in a market where everyone was wary of investing in journalism.

So here is Guth, a new media voice for the Irish market. But to move from idea to reality, it needs your support.

You can read more about Guth here (http://guth.ie) and watch the promotional video, and you can pledge your donation in support of the project at http://www.indiegogo.com/projects/guth-a-new-media-voice/x/3220421 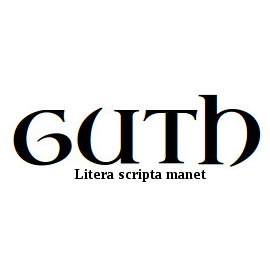