I’ve never had much time for the UK’s Press Complaints Commission. Like its Irish counterpart, the Press Council of Ireland, there are too many industry faces on the board, and industry voices were far too keen to set it up. Self-regulation doesn’t work anywhere else, so why should the press be any different?

About the only thing I can imagine worse than an industry-sponsored press council is one sponsored by the government. The idea that government could regulate what is reported worries me.

And yet this story demonstrates that self-regulation by the press does work. Just not in the way press regulation advocates think.

The scandal that shut down the News of the World yesterday came to ligh because a newspaper did its job, asking questions, persisting with an investigation despite being told official investigations (including one by the Press Complaints Commission) found no evidence of any wrongdoing.

That’s how press regulation works. No quasi-judicial or self-regulatory quango can do that. An independent press can. What we should learn from this scandal is not that we need government regulation of the press, but that the concentration of media titles in the hands of a few corporations or one is undesirable. 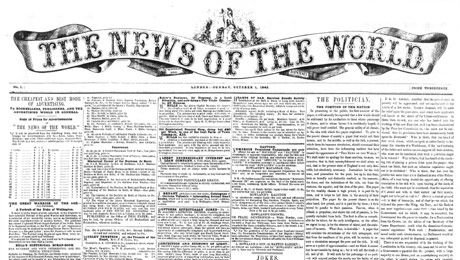