A random selection of my thoughts from a week on Twitter:

I’ve discovered a major loophole in the Irish constitution which allows abortion on demand. I intend to alert every political party. 1/2
Afterwards, any party claiming to be anti-abortion which does not immediately campaign to #repealthe13th will be regarded as hypocrites 2/2

There’s the Irish Times carrying a call for RTE licence fees to be used to subsidise private broadcasters (& papers?)

Great to see so much fact-checking of Iona Institute claims. Depressing that journalists weren’t the ones doing the fact-checks.

And finally, a question I’d like to get an answer to, but really don’t expect to: 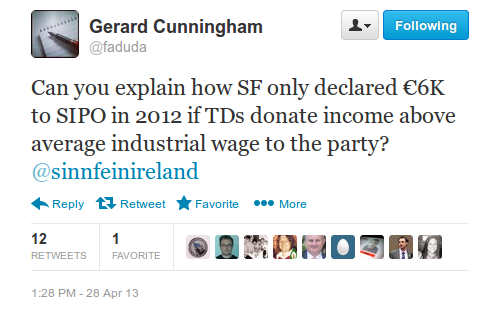