Maybe the problem is Charlie Haughey wasn’t that interesting.
In a way, he wasn’t. I grew up with CJH as Taoiseach, yet no matter how many times I was assured he was a charismatic, powerful and dominant presence, I never saw it.
I saw another dull grey politician, and Ireland being Ireland, it wasn’t that hard to read between the lines of the regular newspaper profiles. Unexplained wealth? You mean the explanation is defamatory? Gotcha.
It wasn’t until later I found out how venal he was. I had in mind dodgy land deals, maybe a payoff here and there. Stealing Brian Lenihan’s liver transplant money? That I didn’t see coming.
There were half a dozen plots crammed into the first episode of Charlie. Any one of them could make a good drama. Instead, they were like signposts on a coach tour, places to look out the window at as we sped by.
The liver fund is a film in its own. It encapsulates the small minded thuggery and corruption of Haughey’s Ireland. But it won’t be the story we get. Instead we’ll have dull exposition about Dessie and the PDs, Sean Doherty and the phones, SPUC and the rosary clutchers. 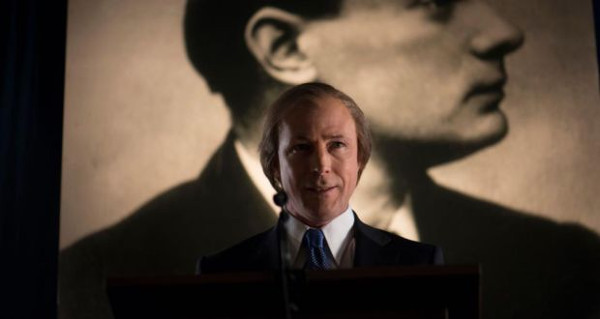