Ubuntu, the Linux distribution from Canonical and marketed as ‘Linux for human beings’, manages to both annoy and please me with every release.

On the one hand, it sure does look pretty, and gets prettier with every new release. The latest version, Lucid Lynx, now in beta, introduces the ‘Light’ theme – see the screenshot below. 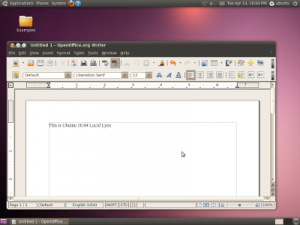 Trouble is, with ‘Light’, Canonical has moved the familiar maximise-minimise-close buttons from the top right corner of an open window to the top left.

Happily though, older themes still keep the buttons in their familiar places, so this annoyance is easily fixed, for now at least. What the developers have planned for future releases, only time will tell. 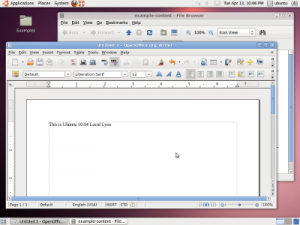 I’m sure there will be a few surprises waiting for me when I install the final release later this month. Already, I know the GIMP has been replaced by F-Spot.

There are worrying signs that OpenOffice.org may go from future releases, replaced by a cloud app.

And I suspect we will overdose on social networking with Meerkat.

I like Ubuntu. It does pretty much everything I need, and saves me money. But sometimes, I wish they’d focus just a little less on the pretty.