Overnight transcripts from the Smithwick tribunal may not be made available to the public or to the various legal teams granted representation at the inquiry into alleged Garda collusion with the Provisional IRA.

“The transcripts will not be put on the internet,” counsel for the tribunal said at today’s brief public hearing. They would also not be available to his legal colleagues, he added.

Legal teams for other parties at the tribunal objected to the proposal on various grounds, including that some clients were based in Northern Ireland and faced additional expense travelling to the tribunal, that limited representation granted made having a lawyer at the tribunal fulltime difficult.

Re-enactments based on tribunal transcripts were a regular part of Vincent Browne’s late night RTÉ radio programme in the late 1990s and early 2000s.

The tribunal chairman, Peter Smithwick, said he would reserve judgment on the issue until the tribunal’s next sitting.

The inquiry, set up in 2005, plans an opening statement next month, followed by evidence from witnesses.

The Oireachtas set up the tribunal following the publication of a report by Canadian judge Peter Cory, which looked at alleged collusion between Gardaí and the Provisional IRA. 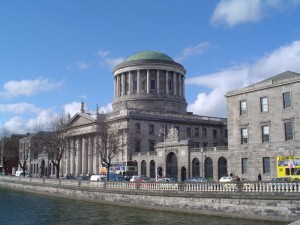