A few years ago, after reading a news story about a “dossier” sent to RTE about its political coverage by a political party, I sent in a freedom of information request, asking for “any submissions from political parties regarding partiality and bias in political reporting and commentary on RTE”.

The request was initially refused, on the grounds that RTE did not have to supply information on “programme related functions”, citing Statutory Instrument 115/2000.

I appealed the decision, on the grounds that the SI was designed to protect sources used and the editorial decision-making process in the production of news programmes and the like but, not discussions or criticisms of the programmes afterwards by anyone external to RTE. The appeal was granted. That was 2012.

A couple of months ago, I sent in an identical request, in order to update from 2012 to the present. the request was refused again. In addition to citing SI 115/2000, this time a legal case was cited, RTÉ v Information Commissioner.

The correspondence from RTÉ is posted below. I am considering my next move. Any opinions?

Update: As of 22 July, I have appealed his refusal. As TJ McIntyre pointed out during a Twitter discussion, unsolicited correspondence and complaints cannot reasonably be regarded as data “gathered” by RTÉ,  which covered the documents in the cited High court decision.

PS: I note in passing that in refusing my FOI request, RTÉ is in effect claiming that complaints from politicians and political parties affect its editorial decision making process.

For completeness, here is the Freedom of Information request to RTÉ in 2012 seekings records relating to submissions from political parties regarding partiality and bias in political reporting.

FOI Request to RTÉ by faduda on Scribd 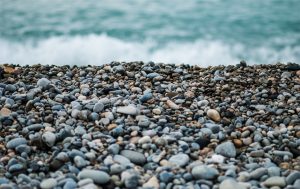