Old Media thinks New Media is a bunch of grungy geeks with nothing to say.

In short, Old Media thinks new media should get a haircut and a job.

To a journalist, bloggers rush to judgement. Worse, the hacks are expected to blog in addition to getting their stories, risking potentially libellous feedback.

That means extra work, and because publishers haven’t figured out how to monetise online yet, it usually means extra unpaid work.

This week, Cowengate showed the difference between the two worlds.

Twitterers trended #picturegate until it was the leading topic worldwide. That sent the story international. 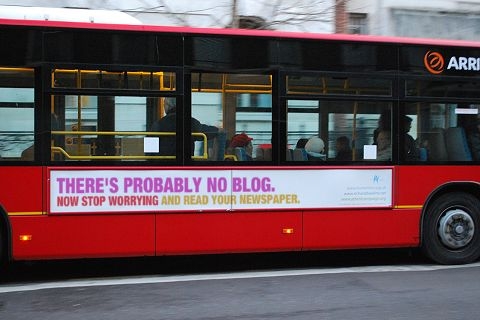 In his Friday roundup, Pat Kenny covered Cowengate briefly, then moved on. Yet each time he paused to read emails, there was only one topic.

Matt Cooper finished one segment on the importance of free speech with “Now, on to something serious.”

Of course, New Media doesn’t get Old Media either, but that’s a another story.