The story below appeared at the weekend in Donegal on Sunday, from the same stable of newspapers as the Donegal Democrat and Donegal Peoples’ Press and, as far as I know, the only provincial title published on a Sunday.

It’s a classic of its type, a story that manages to say nothing.

There was an ‘incident’. Or a ‘matter’. An ‘issue’. It will be investigated. We are told who will carry out the investigation. But of the incident itself, we know nothing.

Was a rally car involved in an accident? Did one of the stewards say something untoward about the chairman’s mother? I have no idea. The story refuses to say what the controversy is.

I see these stories every now and again, and they fascinate me. Mostly, they’re written so circuitously because of libel fears. Usually, the fears are unfounded. It really is possible to report about an inquiry, and give details of what is investigated, while staying out of the courts.

Defamation law can be tricky, but it’s not that complicated. So if you ever find yourself writing one of those stories, stop and think. Write a proper story, not one that leaves your readers scratching their heads. 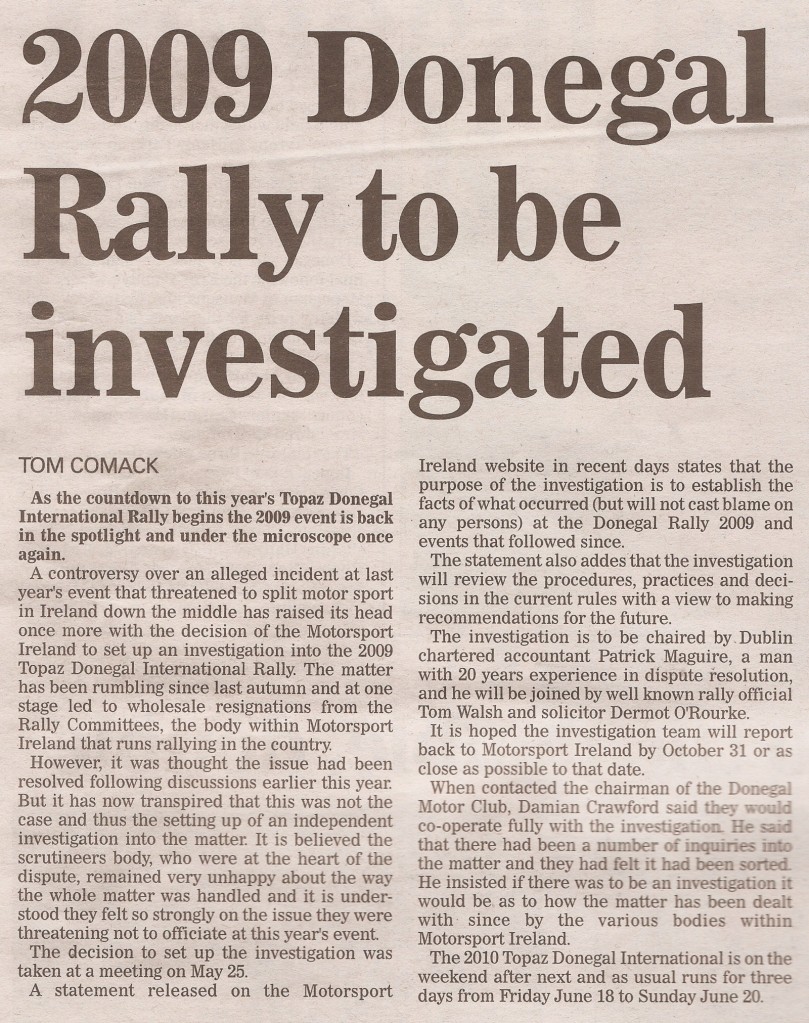