While I wait for Sinn Féin TDs and senators to get back to me, and consider my response to SIPO’s recent communications, a little something to tide you over if you’ve been following the “average wage” saga.

Here’s a Sinn Féin press release about MPs’ expenses: “Sinn Féin MPs, like all party members who are paid a wage, receive exactly the same average industrial wage which is £356 per week, net.”

[Note the release is over two years old, so the figure of £356 may have changed in the meantime.]

And on a similar note, from Mary Lou McDonald: “I, like all Sinn Fein elected representatives and workers, am paid the average industrial wage from my salary.”

Now here’s a comment posted in response to an article I wrote here: “When I was last getting a SF salary (about 5 years ago) the wage all got was circa £21k. I doubt it has changed much. It was before tax.”

Assuming the comment is accurate, either Sinn Féin’s numbers were a bit off for the average wage in 2006, or some average wages were more equal than others. 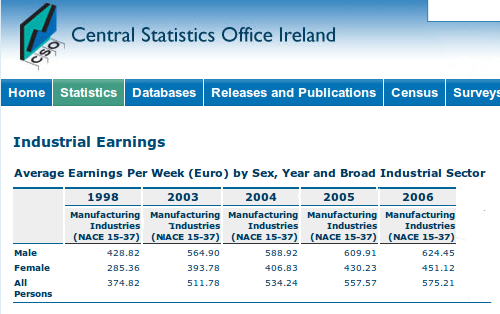