I wrote this before the Charleton tribunal first sat (and at a time when I didn’t think I would be covering it). It feels appropriate to repost it today.

Every time a Morris report was published, experts and commentators suddenly appeared. They were almost entirely uninformed.

And an awful lot of commentary will obsess about the tribunal’s costs.

My sustained impression after almost a decade of seeing An Garda Síochána dealing with its problems up close is that there is no institutional or political will to look under the hood, never mind fix the engine. Tribunals aren’t about solutions, they’re about the appearance of solutions, and their reports go largely unread.

When the Charleton report is eventually published, in two or three years time, it is likely that most of the main players will have retired from public life. The news cycle will follow a predictable pattern, with selective leaks to political and crime correspondents beforehand to set the stage, a “feeding frenzy” for two or three days after publication, and then nothing. Barring some extraordinary developments, there will be a few speeches from people in charge assuring the public that changes have been made, new procedures put in place, and everyone will move on to the next story. GSOC will remain underfunded. Garda records will for the most part remain outside the reach of Freedom of Information law. Tusla and the HSE will carry on business as usual.

All this has happened before, and all this will happen again. 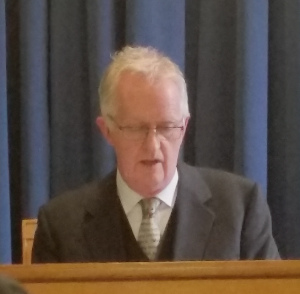